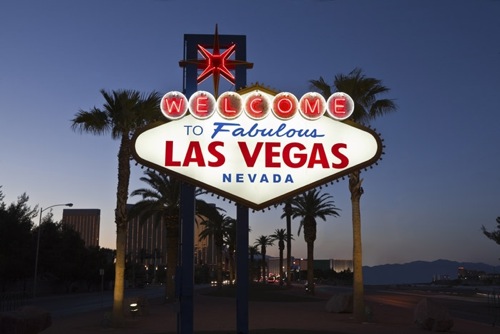 For the most part when we hear “Vegas” the first thing that pops up in our head is casinos, lights, gambling and all the legal and illegal sins we can think of right? Well there is a lot more to the gambling capital of the world, then just being known as the beautiful and dazzling Sin city. Here are a few attractions that can make you want to explore the city’s hidden parts that many tourists over look because of their gambling habits. Here goes nothing:

1. The Guardian Angel Cathedral
A modernist Roman Catholic church based just out of Vegas on the Nevada strip on 302 Cathedral way, it offers services much like any other church, however what makes this one unique is the beautiful architecture and folks who frequent it during mass and at other times. Gamblers love to visit this place praying for luck during their time in Vegas. They even drop casino chips in the cathedral’s donation box, which prompted a monk nowadays dubbed the “chip monk” to collect them and exchange them in their respective casinos. Special tourist masses are held from time to time as well for gamblers and families.

2. The Imperial Palace classic cars collection
This is by far one of the most impressive collections of classic vehicles in the world. It offers more than 250 antique and special automobiles ranging from the well-known to the obscure. There are some special pieces like cars who were owned and driven by celebrities or ones who were on the set of movies such as the ’29 Rolls Royce Springfield Phantom from the “Great Gatsby”. It is located on 3535 Las Vegas Boulevard and its work hours are 10:00 AM – 6:00 PM.

3. Haunted Vegas Tours
As the name implies this is a rather strange attraction, offering guided tours of supposedly haunted locations around Vegas, such as the haunting grounds of Bugsy Siegel – The Flamingo hotel where he met his untimely death as well as the favorite haunts of Elvis and stand-up comedian Red Foxx. According to the tours there are at least 21 places in Vegas with reported paranormal activities which was documented. Definitely worth checking out if you believe all of this or you have a taste for the macabre.

4. The Atomic Testing Museum
An affiliate facility to the Smithsonian Institute, this museum documents historical events which occurred at the Nevada Test Site from the origins of the test site in 1951, offering unique tours such as the Ground Zero Theater, which allows one to experience a simulated test within a typical environment. There are also exhibits of Geiger counters, testing devices and protective gear as well as Native American artifacts from around the test site. Pop-culture references from the Atomic age are also present here as part of the collection as well as the unused casing of a B-23 nuclear bomb, which was one of the most dangerous high-yield atomic bombs researched during the Cold War.

5. The Zombie Apocalypse Store
Don’t laugh. Or at least try not to, since despite its cheesy name the store is a curious and useful place which aims to raise awareness and preparedness for unforeseen emergencies such as natural disasters, war and pretty much anything you can think of, zombies included. It offers emergency supplies, survival gear, non-lethal weapons, hazard protection gear, smoke grenades and a whole variety of other more or less useful or cheesy items. You can enjoy a friendly chat with the staff and start preparing for your memorable trip around the eventual wastes.

One Response to “Weird Places in Las Vegas”